Salute To Our 2020
​Breakfast Honorees 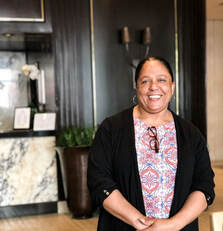 Dee Gonzalez began her career in the hotel industry in the early 1970s when Boston’s landmark Back Bay property, The Colonnade Hotel, opened on Huntington Avenue. Beginning as a room attendant, her hard work and persistence were recognized, and she swiftly moved up the ranks through several positions onsite. Dee left the hotel to pursue a new opportunity but then returned in the 1990s. Upon her return, Dee was named The Colonnade Hotel’s Executive Housekeeper.

What Dee likes most about hospitality is making connections with both employees and guests, and having the pleasure of being able to make a difference in other people's lives.

Dee demonstrated her bravery, instinct and courage some four years ago when a room attendant alerted her to a young woman who was in trouble in one of the hotel rooms. Dee stepped in, confronted the "John" and whisked away the young girl who was caught in a sex trafficking ring. The police arrived and made arrangements to return the young girl to her parents.

It helped that Dee's son in law and former husband are police officers. She knew the signs and knew how to handle the situation.

Dee’s team is fiercely loyal to her, and she is admired and respected by colleagues. When she’s not working, Dee loves reading books, including fiction and mystery books. She also watches television documentaries and loves spending time with her family. Dee is the oldest of 7 in her family. She is the proud mother of 5 children and a loving grandmother to 15 grandkids. 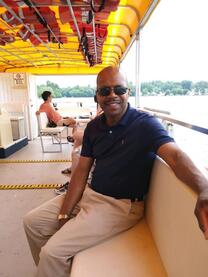 Born and raised in Boston, Norman Maines got his start in hospitality in his early 20’s – by responding to an ad in the newspaper. In 2002, Norman found his home with The Colonnade Hotel where he has served for the past 18 years. He's more than a frontline greeter. Norman is a Colonnade Hotel Ambassador to the world!

Norman’s favorite thing about hospitality is engaging with people from different parts of the world, and having a unique chance to welcome visitors to our beautiful city – making a positive impact on every person’s day. Norman credits his ability to make people feel special to his role as a young usher at his grandfather’s church, where he saw what a big difference you can make by connecting with the community, one person at a time.

When Norman is not working, he stays busy with a stack of jazz CDs he loves listening to, and cooking famous meals for his family from scratch.
A proud husband and father, Norman is married to the love of his life, Melodine. And he loves being a dad to their lovely 10-year-old daughter Chrissy. He’s excited to be taking the family on a trip to Disneyworld for the first time in March! Besides traveling, jazz, and cooking, Norman’s other soft spot is for the classic candy-bar, Mr. Goodbar.

Stay Turned For Our Remaining 8 Honorees