Salute To Our 2021
Distinguished ​Breakfast Honorees 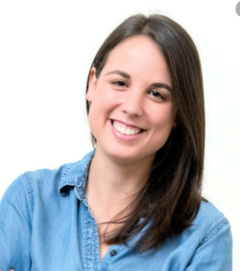 "Necessity is the Mother of Invention." That familiar phrase now applies to 28-year-old Olivia Adams, who saw a need and solved it. The difficulties her mother-in-law was having in navigating the cumbersome Massachusetts state website for booking an appointment for a vaccine led Adams to create a better solution: Build a new and simpler website. https://www.macovidvaccines.com

All while caring for her 2-month-old baby at home in Arlington, Massachusetts, during her maternity leave! It took her about three weeks and 40 hours to build the website.

The website is designed to identify locations around Massachusetts that have available vaccination appointments, including government sites.

Adams quotes in a recent CNN interview: "I thought I'd take a look and I was surprised at how decentralized everything was and how there are a thousand different websites to go to," Adams said. "I thought, 'How can I put my software skills to use to make this better in my free time?" 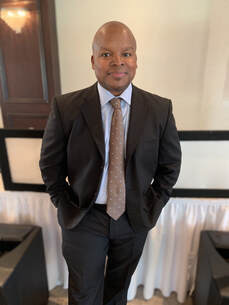 Ra-Mu Al-Mahdi is a native of Dorchester, Massachusetts, and is a graduate of Boston Latin School and Boston College. As a natural-born entertainer, Ra-Mu started his performing career as a stand-up comedian and has been featured on Showtime at the Apollo and stand-up comedy clubs all over the East Coast. In the year 2000, Ra-Mu founded Ra-Mu and the Crew and is a highly sought-after MC/DJ for weddings/bar/bat-mitzvahs, proms, and corporate events.
​
He has been the featured DJ for all of Carole Copeland Thomas' Black History Month Breakfast events and is honored to be recognized during the 2021 Breakfast. He has also served as the DJ for Carole's family events since beginning his business as a teenager.

For your next virtual event, Ramu can be reached at https://www.ramuandthecrew2017.com 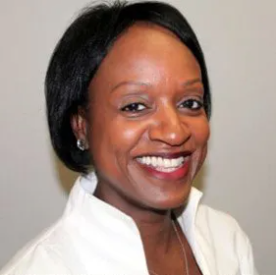 Annette Hill Green, Esq. received her Juris Doctor degree from Northeastern University School of Law in 1997 and practices alongside her husband, Attorney Donald E. Green. She is an experienced general practice attorney and concentrates on a variety of personal injury matters, civil rights cases, criminal cases, and chapter 7 and 13 bankruptcy filings.

Attorneys Donald and Annette Green have been a part of the greater Boston community for several decades and have helped hundreds of clients with honest and reliable legal counsel. They are the parents of two children.

Annette is civic and community-minded and an active member of Bethel AME Church in Boston. 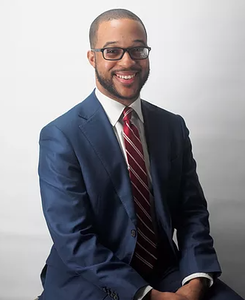 Segun Idowu is the Executive Director of the Black Economic Council of Massachusetts (BECMA). As Executive Director, Segun is an ex-officio member of the Board of Directors. He was raised in Boston and is a proud product of the Boston Public Schools. Following his graduation from Boston Latin Academy, he earned his Bachelor of Arts in History from Morehouse College in Atlanta, Georgia, with honors from the Phi Beta Kappa and Golden Key Societies.
​
Following his 2012 graduation, Segun joined the office of then-District 4 City Councilor Charles C. Yancey. After two successful years, he transitioned to the Edward M. Kennedy Institute for the United States Senate.
​
At the same time, Segun also organized the Boston Police Camera Action Team (BPCAT) in 2014 with fellow high school graduate Shekia Scott. The community group's mission was to further accountability and safety in Boston through the mandatory use of police body-worn cameras. As a result of their efforts, Boston police officers will be equipped with the tools before the end of 2018. It was a powerful example of what ordinary citizens can accomplish for the city when they come together around a shared cause.
​
In May 2020, Segun was recognized by Boston Magazine as one of the "100 Most Influential People in the City of Boston." 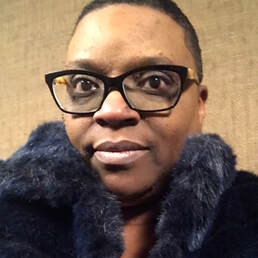 Bonnie Johnson is the producer and host of Colors of Jazz, a weekly program heard on the NPR affiliate, 90.5 WICN Public Radio, in Worcester, Massachusetts.

As an innovator in technology who has led corporate initiatives across industries, including environmental services, distributed marketing, and FinTech, Ms. Johnson's 20-year career has evolved from software development and technical training to database architecture and cloud migration. Music and the arts have provided a passport into 10+ years of broadcast media, extending her reach into the global community and amplifying her multicultural conversation voice.

Johnson's depth of experience in strategic planning, engagement, and community outreach is informed through the lens of jazz and social justice. During the pandemic, her leadership projects have expanded to include the development and design of a STEM-based pre-engineering curriculum for underserved youth and the creation of cultural wellness programs that promote inclusion.

Nationally recognized on Radio Ink Magazine's 2019 list of Future African American Leaders in Radio, Johnson serves on the Board of Directors for Music Worcester, the Advisory Council for JazzBoston, and the Multicultural Committee of the Greater Boston Convention and Visitors Bureau. Among other professional groups, she is also a member of the Jazz Journalists Association.

Having spent her undergraduate years at Howard University with a major in civil engineering, Johnson went on to earn an MS in Communications and Information Management from Bay Path University. Fast-forward, many of the "bridges" she is building today stand firmly on connections made with people through the legacy of music. 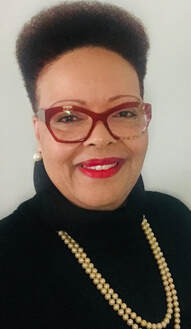 Robin G. Parker, a native of Boston, Massachusetts, is the Associate Director of the Harvard University Visitor Center, Harvard Public Affairs and Communications.
This past September 2020, she celebrated 30 years of service. Being the front door to the university and the official historical tour provider, Robin as a forward thinker and her diverse student staff, meet and greet visitors and dignitaries from around the world.

Before transitioning from the corporate world of banking to higher education, the opportunity arose to be on the ground floor of opening a new bank that specialized in personalized banking. That groundbreaking experience provided the foundation of policies, procedures, and customer engagement for the Visitor Center, where Robin has made her mark by transforming the Center into what it is today.

Robin's work has awarded her the Harvard Hero's Award, HPAC Award of Excellence, the Collegiate Information Visitor Center Association Footprint Award, and a certificate for Women of Action "Get it Done."

She loves community service, encouraging and mentoring her staff and those in need of her servant leadership skills. Robin is active in her church, enjoys interior decorating, traveling, and spending time with family and friends. 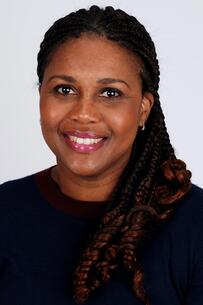 Angela McConney Scheepers, Esq, is a recognized legal professional, noted for her leadership and problem-solving acumen. She is currently an Administrative Magistrate for the Division of Administrative Law Appeals (DALA). Before joining DALA, McConney Scheepers was the General Counsel for the Massachusetts Civil Service Commission, a Suffolk County Assistant District Attorney and, the Chief Legal Counsel of the House of Representatives Criminal Justice Committee.

McConney Scheepers is dedicated to the education of young people, mentoring numerous law students and young attorneys. She believes in ensuring equal access to the legal system for low-income individuals, fulfilling this mission through her work as Vice-President of the Massachusetts Bar Foundation (MBF). Within the MBF, McConney Scheepers chairs the annual Legal Intern Fellowship Program and the Housing Committee. 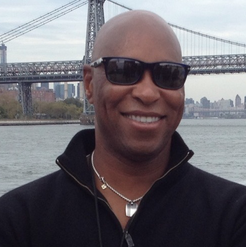 Darryl Settles is a Boston entrepreneur and civic activist with a 25+ year career marked by significant contributions to the hospitality, real estate, and development industries. As the Catalyst Ventures Development founder, Settles serves as a catalyst in identifying and developing initiatives that benefit Boston's diverse residents, business owners, and visitors. He is committed to fostering partnerships and relationships in the areas of real estate development, business investments, and special events that will empower minority communities by providing the resources that encourage financial growth.

Settles has served and continues to serve on multiple nonprofit and public boards that advocate economic and social equality for under-served communities. 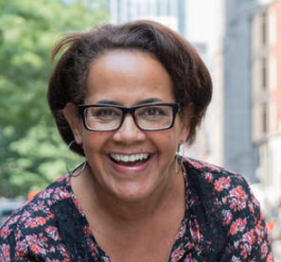 Lisa Simmons is the Artistic Director and Producer of the Roxbury International Film Festival (RoxFilm), now in its 23rd year, whose mission is to support filmmakers and present films and film programs to celebrate people of Color around the world. In addition, Ms. Simmons is the Program Manager of the Community Initiative at the Mass Cultural Council. Ms. Simmons has produced theater and film in the Boston area, has published and presented on the Negro Theater Project of the WPA, and is working on a documentary about the WPA - Boston Negro Theatre Unit. She is the recipient of the GK Top 100 Influential People of Color Award, Image Award from WIFVNE, Diversity award from Our Place Theater Project, Leadership award from the Urban League Guild of Eastern Massachusetts, and The President's Award for Leadership from Dimock Community Health Center. 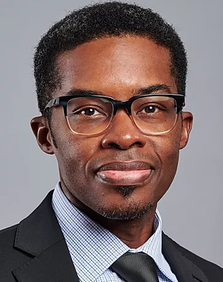 ​Dr. Smith is actively engaged in initiatives related to professional development, cross-cultural engagement, and the arts. As a leader, consultant, and mentor, he offers smart approaches to achieving meaningful outcomes for projects of any size or scope. Regardless of the task at hand, his focus is the same: Do good. Do well.

Areas of Expertise​
Present and Past Leadership Roles​
Other Projects and AssignmentsDr. Smith is married and the father of two children. 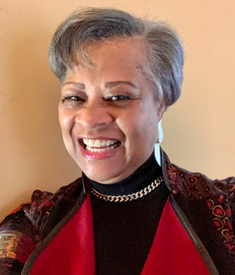 Beverly Williams is a native Bostonian and retired educator who served 27 years in Boston Public Schools. Now, Co-Chair of the
Greater Boston Interfaith Organization (GBIO), Ms. Williams has helped diversify and grow the organization from 40 faith-based institutions to 65+. GBIO is still growing new memberships, which help shape a social justice agenda for the Greater Boston area's common good and beyond.

Currently, Ms. Williams has organized a local community GBIO task team to help educate hesitant community members on COVID vaccination and increase community turnout. She is an active member of the Bethel African Methodist Episcopal Church, Boston, a wife and mother of two adult sons. She has one granddaughter who she hopes is learning how to give something of herself to the betterment of the community. 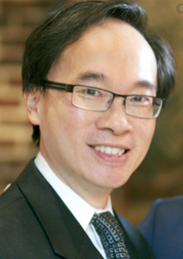 Leverett Wing is the Executive Director of the Commonwealth Seminar, a non-partisan organization seeking to "Open the Doors of Government to Everyone" by educating advocates and leaders who live in & work with underserved communities about the "ins & out" and "essentials" of working with, and within, all levels of government.

Before the Seminar, Leverett led the Community Services Division at The Massachusetts Department of Housing & Community Development, overseeing a budget of over $200 million. Leverett was also the Executive Director of Asian & Pacific Islander American Vote (APIAVote), a national, D.C.-based organization focusing on civic engagement in the Asian American community. Before that, Leverett helped spearhead an effort to create the Massachusetts Asian American Commission and was named the Commission's first permanent Executive Director.

He also serves on the Board of Directors of Boston's Higher Ground in Roxbury, MA, and most recently, joined the Greater Boston Convention ​& Visitors Bureau's Multicultural Committee.

Leverett was recognized by Get Konnected as one of their "One Hundred Most Influential People of Color" in Boston and is a recipient of the prestigious "Good Guy Award" from the Massachusetts Women's Political Caucus, only the second Asian American to receive the award.